The Lions were formed in 2015, from the some of the Under 6 development training class of 2014/2015. They are managed by the Stewart Alcock and currently play in the North Bury Junior Football League

The Lions are now sponsored by Whitefield McDonalds. The Lions were proudly sponsored by Mounts and Frames Manchester.com; the bespoke picture framing service, trophies & engraving and sports/film & music memorabilia.

* – Ormskirk Tournament: Lions won the group with ease winning 3 and drawing one. Then a tight semi-final which we won 2-0. The final was the hardest game of all. We only had one shot at goal in the game and extra time. They had chance after chance but Rocco in goal made save after save. So on to penalties it was. Rocco saved two as are lads scored the first 3. Mathew then dragged his wide. Rocco was are 5th penalty taker and won it with great in off the post strike.

Cup final day down at Tameside stadium and the boys didn’t disappoint. First 5 minutes and they looked nervous for a change. We pressed hard as always winning the ball high and forcing their keeper into save after save. Then the break through DJ tapping home with a sliding finish after another save from their keeper. The nerves went and we started to play football creating chance after chance but couldn’t beat there keeper who was in fine form. They had a great chance to equalise but hit the bar with a great effort, their only chance of the game.  We then scored our second on the stroke of half time. DJ tracking back and winning the ball on the half way line found Cayden in space who drilled it past their keeper into the bottom corner. Second half we told the boys go out and enjoy it and that’s what they did. We scored 3 goals in the first 3 minutes. They were all great finishes from a volley from Rocco to Jamie and Matthew playing  keep ball out on the right wing to find the space for Jamie to lob the keeper from the edge of the box. Class football with a top draw finish. The game was over and with Finlay, Owen and Harrison at the back looking solid again and working in pairs there was no way back for Hazel Grove. We scored one more before the final whistle and if wasn’t for their keeper I think it would of been a lot more. A great way to end the season and 7×7.

I thought all the boys played well from start to finish, Sam getting a clean sheet (with his new gloves😉)and well done to DJ for getting motm, well deserved, with determination throughout the game.

Can’t wait to start the tournaments and the 9v9. The hard work starts Monday 🏆⚽ 😉😉 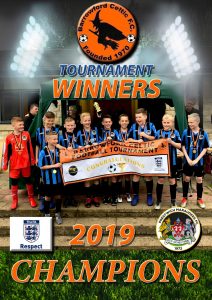 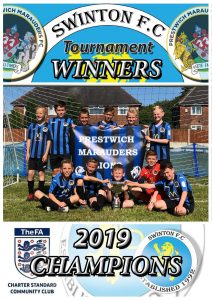 What a start to our 9v9 journey. Swinton champions 2019. I couldn’t be any prouder of the boys. Won the group with ease. Won 4 and drew one. On to the semi final against a strong woolston team but we brushed them aside 3-1. Final was against Salford city. National champions at u10s and a great team. The boys looked nervers and took there time to settle. Once we did Salford didn’t know what to do. Cayden scored a screamer from 20 yards out right in the top corner to put us 1 up. They scored a good Goal to make it 1-1 at half time. Second half and it was all the lions. Running the game as we do. We pushed them back and got the winner. Unbelievable day of football from start to finish. 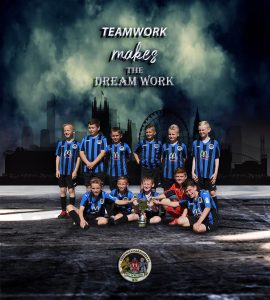