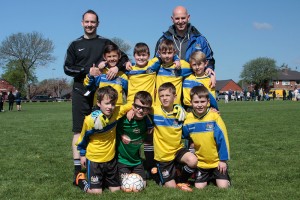 Prestwich Marauders Panthers turned up to the Glamorous cup final location of Redbank playing field in Radcliffe, to find an under 7’s 5 a side pitch as the stage for their Chairmans cup final, the pitch was on the small side to say the least. We had a couple of marauders missing for the final due to international commitments and injuries, the players lined up against arguably the strongest team in the league and after a good warm up were ready to go.

The game started off at a frantic pace with not much room on the tiny pitch for both teams to play football, the boys fought hard to win possession back and managed to grab the first goal through Leo showing as he has all season he only needs a sniff of the goal to score. Middleton came back with some good play of their own but the Panthers broke again to score another through Leo and take a 2 0 lead into half time. The half time break gave the boys an opportunity to take a breather on a very hot day and re charge the batteries for what we knew would be a tough second half
.

The second half started as the first left off with the game switching from end to end, with 10 minutes of the game left to go Middleton managed to grab a goal with a good solo run and finish. The final 10 minutes saw chances for both team Middleton from a couple of corners and long throws aided by the tiny pitch with Lucas in net pulling of a string of fantastic saves and Panthers with Matthew and Joseph with a couple of long efforts just going wide. The boys were really playing well ,but unfortunately our concerns about the tiny pitch came to haunt us as Middleton scored 2 goals from the half way line in the last minutes of the game to secure the victory. The boys were obviously very disappointed especially to lose so close to the end, all the parents and coaches were very proud of the team, fair play to Middleton for pushing right until the end to come up with the winning goals. As games go it was very exciting and a great advert for kids football, the quality from both teams was very impressive.
Lucas – Awesome display in net, bagging him the man of match as voted for by the league
Zack Mc – A tower in defence and great distribution for the back
Zak W – Solid as ever in defence, some great clearances
Conor – Great in defence and midfield, with great distribution
Owen – Like a tiger in midfield seemed to win every tackle
Matthew – up and down the wing like a whippet on the end of some tough tackling but never stopped
Joseph – Worked hard and got stuck in as always unlucky not to score
Leo – once again showed an unerring ability to score with limited chances
Marlie & Loui – unfortunately both boys missed today with the leagues refusal to move the fixture, but thanks to the boys for their efforts in the previous rounds, it was a shame you missed out on the final.

On a cold windy morning the Panthers travelled to Clarence, the home team stormed ahead with 2 early goals, but as always the boys didn’t give up and hit back through Marlie straight away. Another couple of goals by Clarence saw them extend their lead. In the second half, the Panthers hit their rhythm and scored 3 goals with out reply, though Marlie & Loui to draw us level, which in the end proved to be a fair result as neither team deserved to lose. Great game played in a good spirit with coaches and crowd letting the kids just get on and play.
Man of the match to Loui for great general play and a bullet header goal.

With two games to look after in one day I arrived 10 minutes late to the game to be told we were playing really well and the score was 0-0. 1 minute later, we conceded. So nice to see I had an impact. It was a great open game with the boys not only playing against a good team but against a pitch that was more like a ski slope. Couldn’t quite work out if kicking down the hill was a help or hindrance. With only having 7 players today, less disruption gave the boys some good playing time and we soon got ourselves back in the game thanks to a goal from Loui. Whitworth scored a quick goal after half time, only for Loui to reply quickly with the goal of the game a left foot screamer into the top corner, only for Whitworth to go back down the slope to score straight away. The Panthers deserved a draw out of this game but we’re thwarted time after time by the best goal keeper I’ve come across at the age, he was great.
Man of the match to Zac for the second game in a row well done, Zach great defending again. 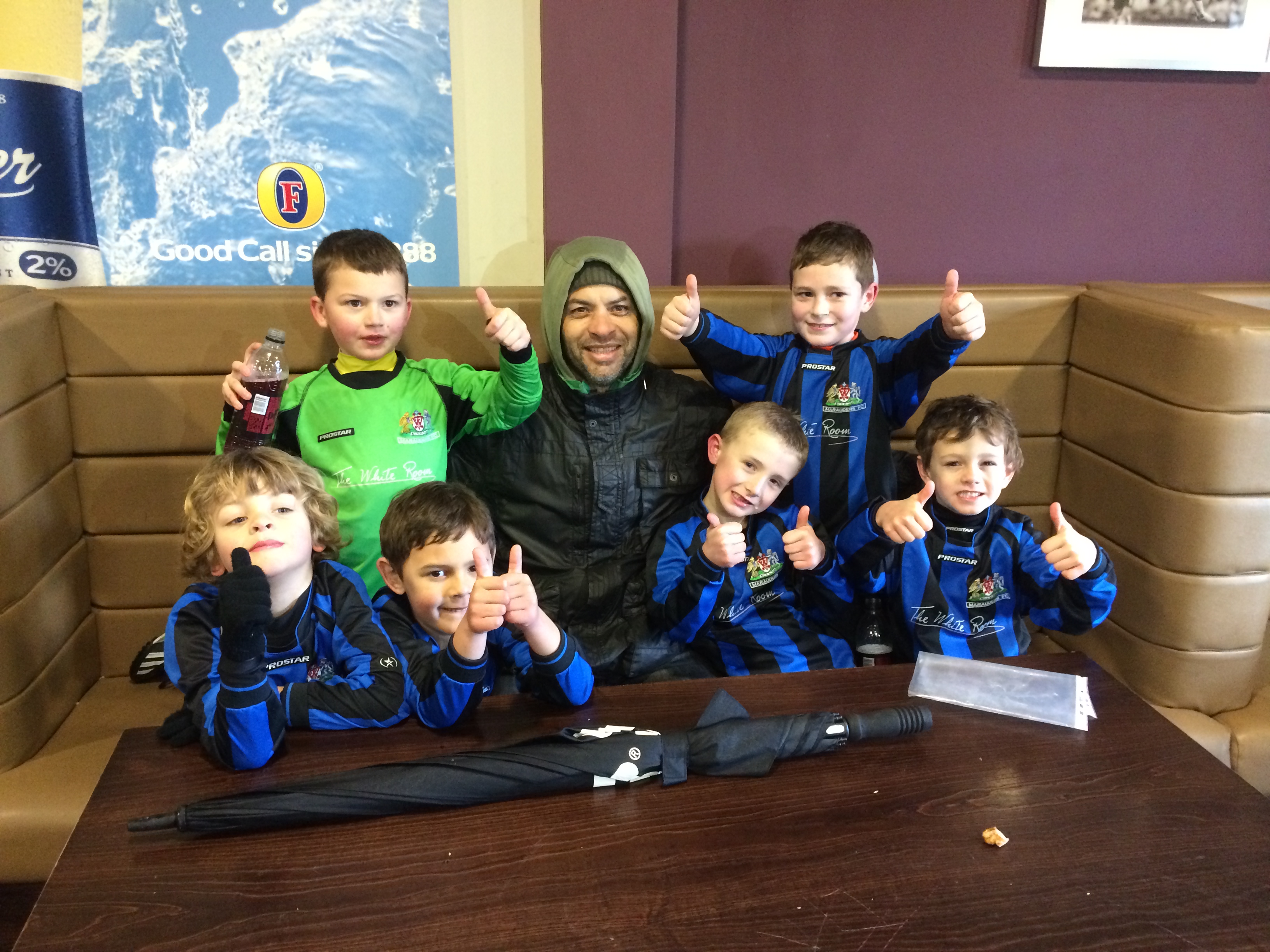 Well done to Lucas, Conor, Zac Mc, Loui, Owen, Marlie 4 wins out of 4 in the group stage and a fantastic quarter final win, unfortunately our run came to an end in the semi finals. It was a great effort by all the boys, all the mums and dads are very proud of you. Player of the day was Owen.

Big Thanks to Daz for stepping up as manager for the day.

Wet, windy, cold, tears and that was just the parents. Plus loads of goals, well done for keeping on going.
Man of the match: Sean.
Well done Sean great performance, all the boys were fab, good luck tomorrow in the tournament.

Thanks to the rammy guys for organising a pitch.

This was a hard fought game for the First Panthers team of the day who rushed into an early lead with 3 Goals from MOM Marly. Pennine then came back levelling the game, only for panthers to snatch a late goal. Great game enjoyed by both teams and some lovely passing football by the Panthers. Solid performances from Marly, Lucas, Zac M, Jenson & Conor who stood firm against a big strong team.

The second game of the morning for our other set of Panthers was against our local rivals Prestwich Pumas, who stormed into a 3 goal lead with some good goals. Panthers came back playing some good football and scoring a couple of goals of their own. It was a topsy turvy battle which eventually ended in a draw. Fair result, quote of the day going to a Pumas player telling one of his mates who asked what score it was “we re winning 5 all”. Put a smile of my face and was an example of why children’s football is so enjoyable. Great game by both teams and a well done to Zac W, Conor, Matthew, Elliot, Owen & Loui. MOM to Matthew, great in attack and brilliant when switched to defence.