Share this on WhatsApp
Deans 0 Spartans 2
In semi final of the cup .. now advanced though to the Finals … MOTM Declan Martin and Ryan Phillips .. Goals from Jack Mathews and Ellis Stewart
Lions beat middleton
Same fixture as last week for some reason. As we beat them with ease last week you could see they were sitting back a lot from the start and letting us have the ball from the off.  To many touches and not moving the ball fast enough ment we couldn’t get in on goal. Long range shooting was all we could do. Dj found the net with a daisy cutter that their keeper couldn’t hold and it rolled over the line just. We then fell asleep from our own throw in deep in our own half. They had a good shot that Sam made a fine full length save to tip round the post. From the resulting corner, we were fast asleep and a player ran right through to head across Sam into the far corner. Great finish but to easy. 1-1 at half time. We then had a good chat about letting the ball do the work and playing pass and move and it worked a treat. From the off we were at them and you could see the lions wanted it a lot more this half. Great 1 touch football led to Matthew smashing home and then Daniel also late on. Should of been a few more and on another day would of been. Nice to have a full squad again and I’m sure Jamie and cayden will be back up to speed in no time.
Motm was finlay as the last four weeks he has been getting better and better with every game and his use of the ball is great to see. I’m sure the goal he’s trying to score won’t be to far away.
Raiders beat Walshaw Allstars
No drama, no fuss, just a great bunch of lads getting on and playing super football against a top side without a care in the world. Fantastic team performance from Raiders this morning, all the boys contributing to a comfortable win over a strong Walshaw side. No score for the first fifteen minutes with Raiders having the better of the play. Kian buzzing around as usual, Ollie great touch and vision, and Tu’San and Harrison’s pace in wide positions causing plenty of problems. It was steady pressure that resulted in the foul halfway through the first half – penalty Raiders. Plenty of volunteers, Harrison taking charge with a cool head to drive low and hard for the opener. Three quick substitutions saw Izu, William and Ethan join the fun. It was ‘Izu Time’ then down the left, astonishing pace, a joy to watch, and two quick strikes from him giving Raiders a worthy 3 goal advantage. Motm Tyler and Asa continue to form a wall of steel at the back, breaking down the regular attacks from the strong and pacey Walshaw front line with relative ease, or at least they make it look easy. And to top what was a very strong performance today from Tyler, he added a fourth just before the break, picking the ball up from a Walshaw clearance, driving forward and unleashing an unstoppable drive low into the corner.  On the couple of occasions Walshaw did threaten, Luca was there with some sharp stops between the sticks, one in particular from a free kick through a crowded box saw him down quick and low to push round the post. Top goalkeeping. Second half was the turn of the Walshaw keeper to turn in a fine display, keeping the score respectable with a number of excellent stops.  William continuing to improve and add strength to the side, unlucky not to add to the tally. A tap in at the far post gave Walshaw a glimmer of hope halfway through the second period, but a quick and well deserved response from Ollie restored the advantage and the Raiders closed out the game in style for an impressive victory. Big contributions from every Raider today, and a joy to watch. Well done boys
Pumas beat Chadderton Dragons
Back to back wins for Pumas and settling well into the new division. Took ten minutes or so for the boys to remember a faster tempo is needed at this level, but when they did, there was some super football that followed, and great to see the boys playing with such confidence. Dragons no push overs though, and motm Bobby was needed on more than one occasion in this encounter, some sharp stops ensuring a well deserved clean sheet. A goalless first half but Pumas on top. Took ten minutes into the second period before the ball broke loose to Dayne on the edge of the box, his well struck effort taking a deflection past the Dragons keeper for the lead. A similar position a few minutes later, this time the ball dropping to Alex, calmly side footing into the corner to double the lead. I could go on and mention each of the boys in turn, but this one was all about the team performance, playing as one, with drive, determination, and commitment. Great to keep a clean sheet, and better still each of the boys listening well and carrying out instructions to a tee. I couldn’t single out one for the man of the match award, all of them worthy in my eyes, so they chose themselves this week, awarding their trusty keeper for leading from the back, a good choice I have to agree. Well done Pumas, a very mature performance today and a well deserved victory
Tigers lost to Littleborough yellows.
Share this on WhatsApp
http://www.prestwichmarauders.co.uk/wp-content/uploads/2018/11/IMG-20181112-WA0000.jpg 900 1600 Shaun Eley http://www.prestwichmarauders.co.uk/wp-content/uploads/2013/04/logo.jpg Shaun Eley2019-02-25 21:04:362019-03-02 13:50:02News and results Saturday 16th February 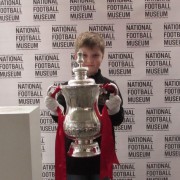 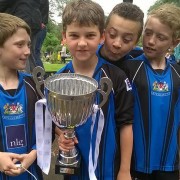 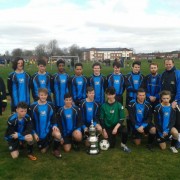 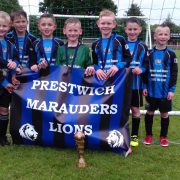 News and results for Saturday 23rd February.
Scroll to top