Share this on WhatsApp
Lions win away to Westbury.
Lions was on top form from the off today. Close first ten minutes and not many chances made by both teams. We started to move the ball more with some nice passing Which led to 3 great goals before half time. Jamie,Matthew and Rocco with the strikes. Second half and Westbury came into the game with a great pressing game and we had to dig in for a good 20 minutes. Rocco with some great saves to keep them out. Last 10 minutes we started to move the ball around around with some great passing. Jamie, Owen Finlay, DJ, and Matthew with some great team play on half way line and we opened them up again because of this 4 more goals. Matthew with another and DJ with a hatrick. Some great one twos with each other for two of the goals.
Motm Rocco. Best finish of the day for his goal and great play on the left wing and left back. Excellent in net with a  clean sheet.
Hawks Beat Eagley Bears at home.
Down to 8players with injuries and holidays today. Joe and Josh following up with last week’s goals on the score sheet again and getting us an early lead, joined this time by goals from Kayden and Jack. A close finish to the game but the boys just held on.
Kestrels lost at home to Bolton Nomads.
A strange match today. Mesmerising going forward – we must have had close to 30 shots at goal. Hit the bar twice, the post about 10 times, a few scuffed shots, some hit straight at the goalkeeper and a lot of shots just wide. Not a huge amount to be unhappy about, but we lost our composure a bit and our heads went down after conceding goals. Defensively we were much stronger in the second half and pulled 3 goals back. Back to the drawing board
Falcons Beat Elton Juniors.
But of a rusty start after a few weeks off but the team grew into the game and we’re comfortable winners.  Played some really good football on a smaller than normal pitch
Tigers lost at home to Milnrow Juniors.
An improvement on last weeks performance against a very strong side. MOTM Neco in goal.
Panthers drew with Hindley Green.
MOTM Owen.
Sharks beat Bolton United 7-1.
MOTM David.
Pumas beat Chadderton Eagles.
Pumas dominated straight from the kick off this morning. Good position discipline paved the way for some great high tempo passing football, with some super defending by Chadderton keeping the score from being many more. Dayne his usual handful down the left flank chipped in with a hat-trick, and Fraser finding plenty of space on the right also netting twice. Our trusty keeper, Bobby, took a forward position with a few minutes to go and finished things off with two ice cool finishes. Great to watch.
Raiders lost to Walshaw Wanderers.
A closely contested  goalless first quarter saw the boys switch off to be 5 down at half time. Spark the reaction and a thoroughly dominant display with all the ball and finding the net 4 times in the third quarter. A couple of late strikes completed what was a deserved win for Walshaw, but not much in it. A good all round display from Asa, and a powerful attacking performance from Tyler.
Wildcats lost to Urmston Meadowside.
Brand new season, going up to 9v9 and going up a pitch size with a fair new players on board but a small squad it’s going to be a tricky start for us. We gifted them the lead in first 10 mins with some poor clearances, from there it’s an uphill battle to come back against a known well drilled team. The girls rallied and went back at them in the rest of the half but could not convert any chances.
Second half saw us napping from ko and they quickly scored. Once again we composed and turned to the game and drew one back. As the game went on we tired and it became apparent that our small squad size, is going to be tough whilst we get used to the physicality needed to play on the bigger pitch. They popped a couple more past us( one of them was a pure 25yard chip over the keeper that attempted 99 more times would of gone anywhere )
Opposition MoTM Talia
Marauders MoTM shared between Sophia C and Talia.
Share this on WhatsApp
http://www.prestwichmarauders.co.uk/wp-content/uploads/2013/04/11.jpg 360 1030 Shaun Eley http://www.prestwichmarauders.co.uk/wp-content/uploads/2013/04/logo.jpg Shaun Eley2017-09-16 16:44:582017-10-01 21:35:06News and Results for Saturday 16th September. 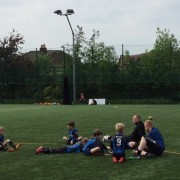 News and results for Saturday 28th May 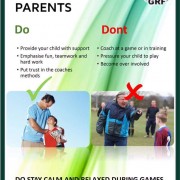 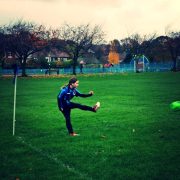 News and Results for Saturday 23rd September.
Scroll to top