Share this on WhatsApp
Kestrels beat FC Bridgewater.
After losing away the last time we met we expected a tough Bridgewater team to worry us today, but our passing, vision and movement really shone through. Defensively solid, creative across the middle, alert in goal and hungry up front. Increasingly threatening from all over the park with Raquami, Harry, Keane , Haris (2), Wilson all getting on the scoresheet. The pick of the bunch a great free-kick strike from Haris.
MoTM to Keane for keeping the score down with an impressive performance in goal in the second half. Some amazing saves!
Tigers beat Roach Dynamos.
The Tigers kept up their impressive recent form with a well earned win .  MOTM Mason.
Panthers played up a year today against FC Bridgwater under 12 ended up losing 4-3, coach was absence as sunning his sexy ass in Spain however I believe the boys did great and lost out to a couple of long ball sucker punches, goal of the season contender hit by josh.
Falcons beat Atherton Cobras 0 Falcons.
It was an excellent game, end to end, played in good spirits and we were more clinical on the day
Marauders Hawks beat Tika Taka Juve
End to end entertainment for the fans, both teams could’ve had a few more goals. Hawks coming from behind to go ahead, Juve pulling it back level before Hawks going ahead again to win. Hatrick of assists from Joe, but Glyn’s tidy finish earning him MotM.
Pumas lost to Unsworth Reds.
Out but not down. It was always going to be a tough quarter final against top division opposition and Pumas by no means disgraced. Physically and mentally the boys were excellent, and the only difference in the first half, three top class passing sequences with great finishes, 0-3 down. Pumas stronger again in the second half, much more possession and deservedly pulling one back before conceding again late on when chasing the game. Captain Eesa led by example throughout and Alex covered every inch of the pitch, but it wasn’t to be. A great cup run of 8 wins on the trot comes to and end, and with heads held high, Pumas continue to grow. Well done boys
Share this on WhatsApp
http://www.prestwichmarauders.co.uk/wp-content/uploads/2015/09/fa_and_mfa_joint_logo.jpg 349 620 Shaun Eley http://www.prestwichmarauders.co.uk/wp-content/uploads/2013/04/logo.jpg Shaun Eley2018-05-06 07:55:422018-05-06 07:55:42News and Results for Saturday 28th April. 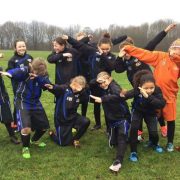 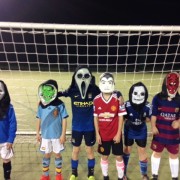 News and Results for Saturday 5th May.
Scroll to top