You are here: Home / Teams / Hawks 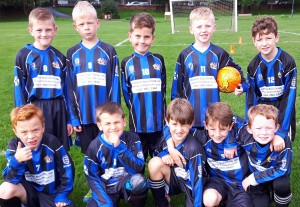 The Hawks were formed in 2014, from the some of the younger Tiger players and some of the 2013/2014 Development squad. Managed by Dan Jackson & Chris Hesketh; last year’s Tigers managers, they currently play in the North Bury Junior Football League

The Hawks are proudly sponsored by Dawson Builders and Decorators. We know that ’cause it says so on their web site!

A collection of birds of prey, Hawks, Falcons and Kestrels all represented.